These are normally drier months with very hot days. There are lots of beautiful migratory birds during this summer period. Early morning drives with early returns to escape the heat, are typical.

The vegetation starts changing from thick lush green bush to a slightly sparser browning bush during this autumn period. The temperatures start cooling down at night but daytime is still warm. Potential scattered thundershowers can be experienced in the afternoons.

Cold temperatures are experienced at night and at dawn during our winter months. Warm clothing is recommended such as gloves, scarves, beanies (knitted caps) and insulated jackets. Large herds of elephants start moving back into the area. The vegetation becomes totally brown and trees start losing leaves. Visibility during drives is enhanced due to sparser vegetation.

This period is very dry in the bush with very cold night temperatures and therefore chilly during the early morning and late afternoon game drives. Visibility is good as the game are concentrated around water sources.

Spring is the height of the dry season boasting hot dry winds and colourless, sparse vegetation. Because the rivers and dams are low, high concentrations of game can be viewed at these areas and game viewing in general is very good. The first rains may start towards the end of October and the signs of spring and a new wet season are evident.

Our summer months are very hot and humid with either continual rains or very typically afternoon thundershowers which generally clear before the game drives depart. Lots of young animals are born during this time notably the impala lambs, which are beautiful but vulnerable to predators. 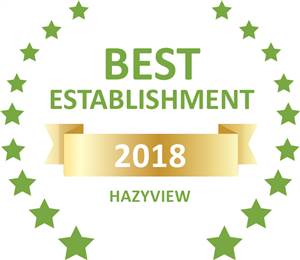 Sleeping-OUT’s Guest Satisfaction Award.
Based on reviews of establishments, Shongwe Ingwe has been voted Best Establishment in Hazyview for 2018. 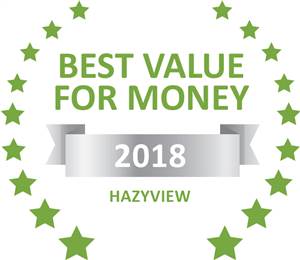 Sleeping-OUT’s Guest Satisfaction Award.
Based on reviews of establishments, Shongwe Ingwe has been voted Best Value for Money in Hazyview for 2018.